After a most enjoyable time spent in Monkey Bay – the less touristy side of the peninsular – we headed over to Cape Maclear.

Our initial interaction was with the guide touts we met outside the entrance to the Lake Malawi National Park.  We asked about hiking in the national park – they offered their services for US$15 per hiker in addition to the park fees (another US$23 for the 2 of us an a vehicle).

A laugh, and sharp intake of breathe … “Too much.” Viking Explorer shakes his head in a very African manner.  “No problem” say the guides. “We know where you can park your car and go for a hike without paying the park fees”.

And so began our Cape Maclear experience.

We drove through the village on the way to Fat Monkey.  Rather than produce markets and small grocery stores, the village has an abundance of curio stalls.  There were also a large number of accommodation options, as well as a few small local restaurants.  We drove onwards, wondering where the locals buy their food.

We reached Fat Monkeys with a gorgeous view westwards over Lake Malawi – finally we could watch the sun set over the lake! 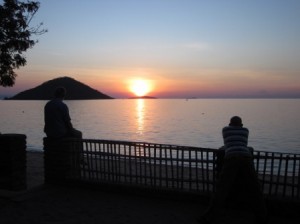 However, we soon realised that this was a rather popular spot for travellers, but in a rather small, confined, space.  Soon after our arrival, another 4×4 with rooftop tent pulled in (3 ex-pat teachers from Niarobi) and then the dreaded large overland truck with 8 Germans.  Nice enough people, perhaps, but lacking in basic camping etiquette – I mean, how close should you park to the blue tent that was already pitched a few days before your arrival?  And in any case, we have realised that groups of travellers larger than 4 are – in general – rather noisy and inconsiderate at the best of times. 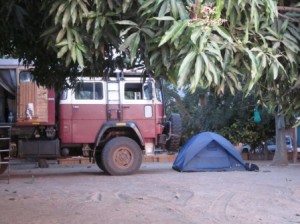 That night a poor example of camp management was displayed.  After official gate close time (2100) the night guard let in a group of Mozambiquan “tobacco boys” who had relocated their drinking spree from another establishment in Cape Maclear which had closed.  The bar – officially closed at 2230 – was reopened by the barman to accommodate said “tobacco boys” and their loud thumping music.  The camp manager only made an effort to rectify the situation at midnight, but it took another hour until everyone had left.  Very sorry to say, but said UK managers were not even slightly apologetic in the morning, and said that the night guard and barman had been reprimanded.  We were assured it would not happen the next night.

We were determined to salvage the situation.  Afterall, they had wifi access, and we needed to update the blog for all our dear readers!  After a morning online, we took a stroll into the village, (sadly, forgetting the camera at the campsite).  We were reminded what friendly, warm hearted people these Malawians are, and our irritation at other travellers was soon forgotten.  We stopped at Gaiatar Coffee & Craft shop.  Here, we browsed locally made sewing crafts, and enjoyed a most delicious slice of chocolate cake and cup of plunger coffee while overlooking the lake.  We chatted about all the knowledge we have been acquiring while we are travelling and what we are going to do with it all when the adventure is paused. 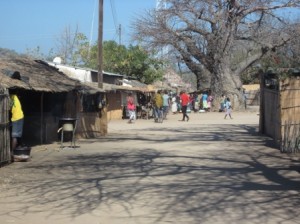 Onwards through the village, stopping and looking at all the curio stalls.  Everyone was actively trying to interest us in their crafts but took no offense when we bought nothing.  At one of the bars we stopped at, Viking Explorer was invited to a game of bawo – the local Malawian board and bean game.  We had recently learned, and so Viking Explorer accepted.  The Malawian played very kindly with Viking Explorer, before eventually deciding it was time to finish up, and very soon after that he won the game.  Of course, he then had to take us to his uncle’s shop to show us the crafts on offer, particularly the “happy pants” (baggy trousers in funky Malawian fabric).

On the way back to the campsite, we continued to be greeted by the local children, waving and saying hello.  No asking for money.  No asking for sweets.  Such a relief.  A little girl took a fancy to me, grabbed hold of my hand, and proceeded to join us on our walk.

It was such a fabulous reminder that we are indeed in the warm heart of Africa.  The Malawians have such a wonderful sense of humour, they are so welcoming, warm and friendly.  I need to focus on that … 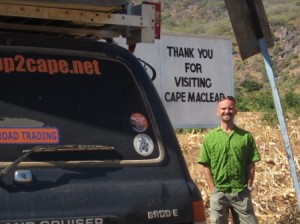 Another “Cape” visited by Kapp2Cape!

and then move on to another campsite.