After much work, we finally have put together a budget summary from our amazing adventure.  We hope that you find it helpful in planning your own African adventure.

As a reminder, our adventure was broken into 2 stages: 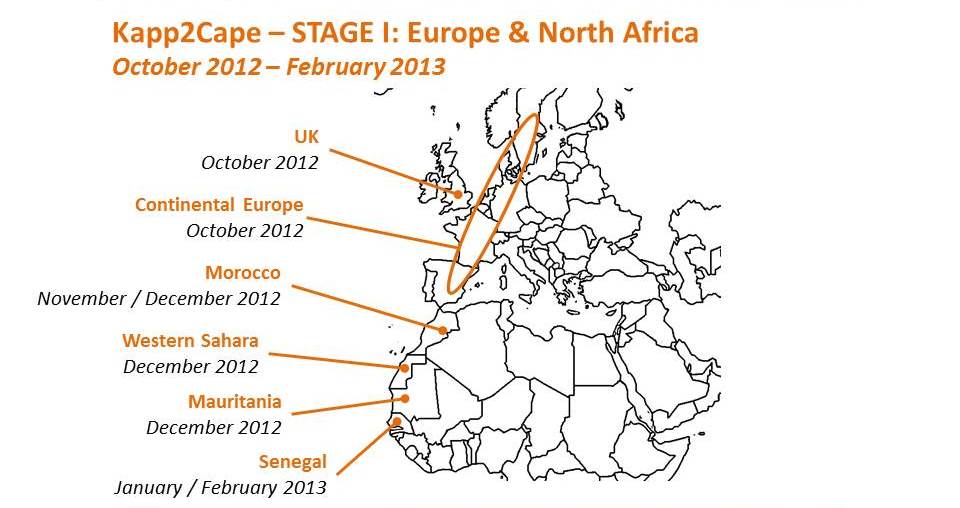 Europe was expensive to travel through, with high fuel prices, 3 ferry crossings and generally high food prices. Spending improved on entering Morocco, with all prices much lower – particularly as we stayed off the tourist route. We used markets for food, rather than supermarkets. Border crossings added to the budget, as there were rather a lot of unreceipted fees to be paid. Vehicle costs were related to work done on the vehicle  in Morocco, as well as a new battery in Senegal. We visited national parks in Mauritania and Senegal – a key part of our adventure. 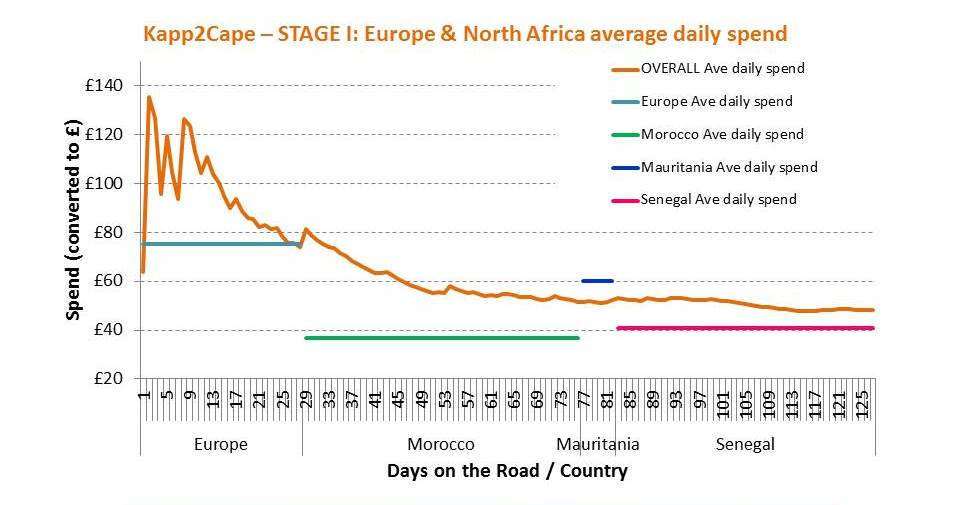 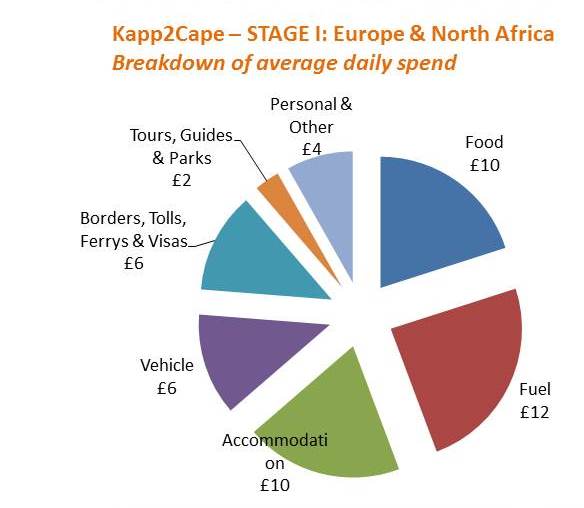 We were welcomed by friends and family as we travelled through Europe, which certainly helped the budget. By late October, camp sites in Europe were starting to close for the season, so we struggled a little in places to find camping. We felt more comfortable staying in campsites, although we were safe wild camping in Morocco. We didn’t try  wild camping in Mauritania or in Senegal. Most of our hotel accommodation was in Dakar, Senegal, while arranging vehicle shipping. 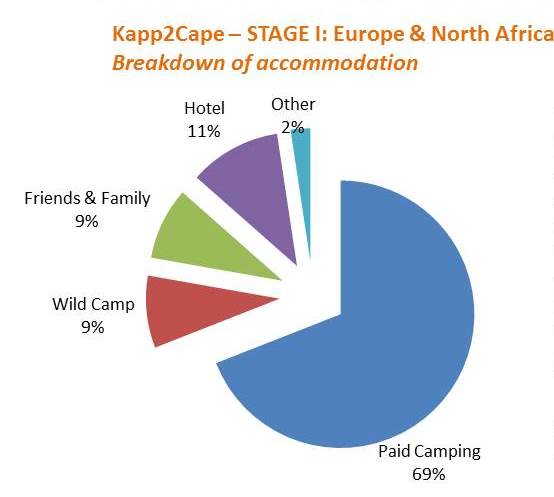 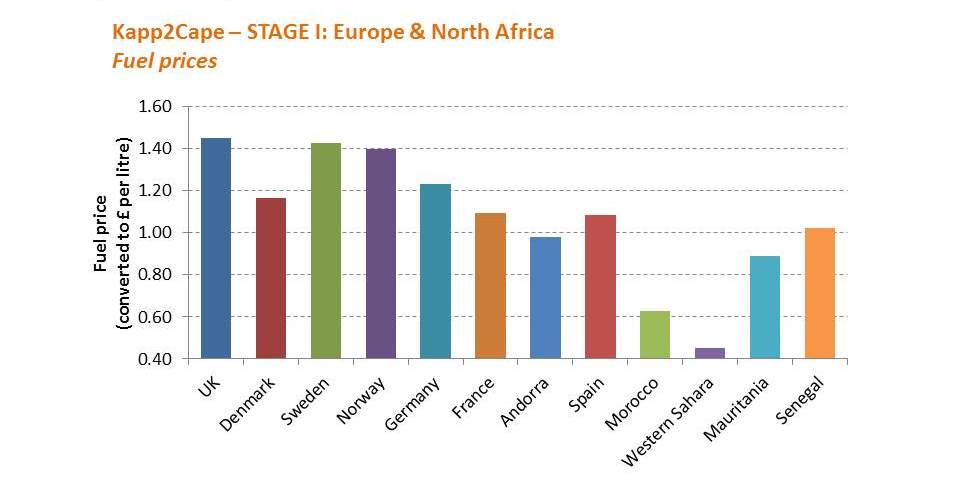 Our target spend was £50 per day, and we managed slightly under £50 per day. This does exclude shipping the vehicle from Dakar, Senegal to Cape Town, South Africa, and flights. 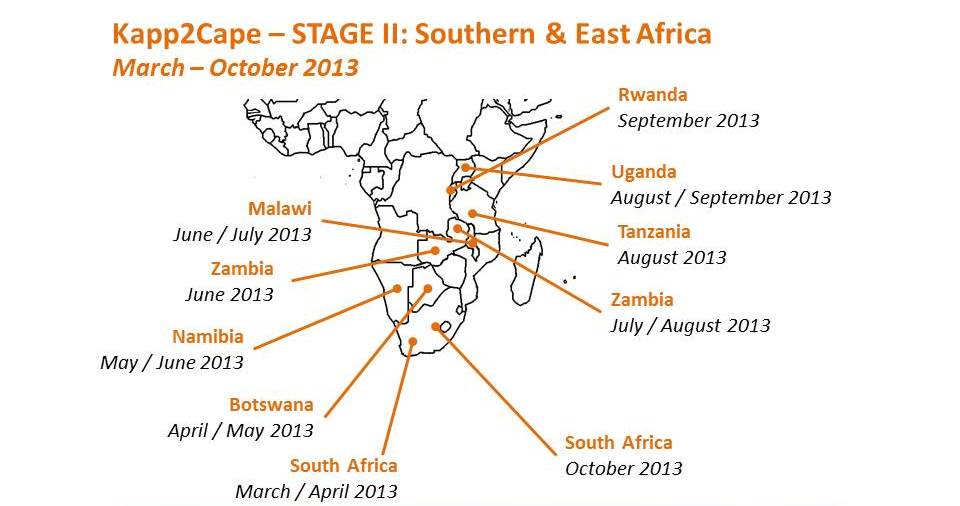 Through this part of the trip, we tried to see as many national parks as possible, while keeping an eye on the budget. Botswanan parks were expensive, but worth the experience. As we travelled north, parks became more expensive, and we visited fewer parks in each country. Fuel was cheaper than in Europe, but more pricy than Morocco – somehow we managed to keep the daily fuel spend in line with Stage 1. Border processes were more transparent (no unreciepted fees), and fewer ferries to catch. We continued to shop mainly in markets, topping up in supermarkets were available. Unfortunately, a new windscreen, another new battery and other work on the vehicle pushed up the costs in South Africa at the end. 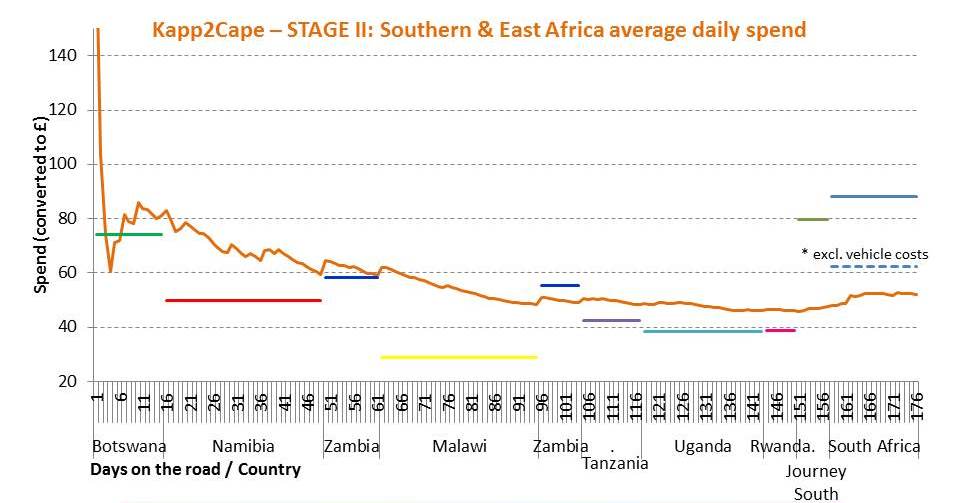 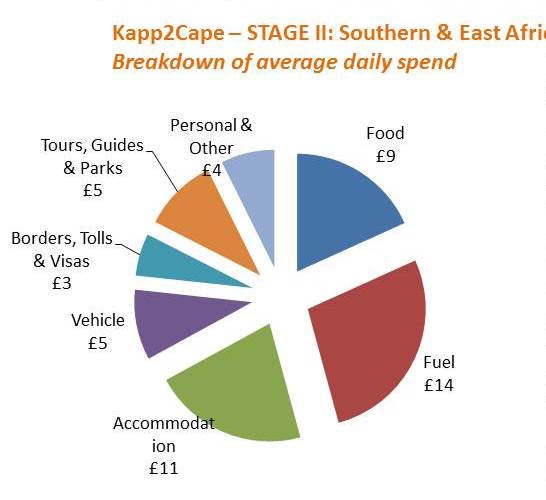 We opted for paid camping primarily through this stage of the trip. Not only were the facilities generally good (particularly in the south) but there were so many people everywhere, that we gave up finding somewhere away from villages to wildcamp. We used Guest Houses  as we travelled up the west of Tanzania. Camping was almost non-existent, and the guesthouses were relatively inexpensive. 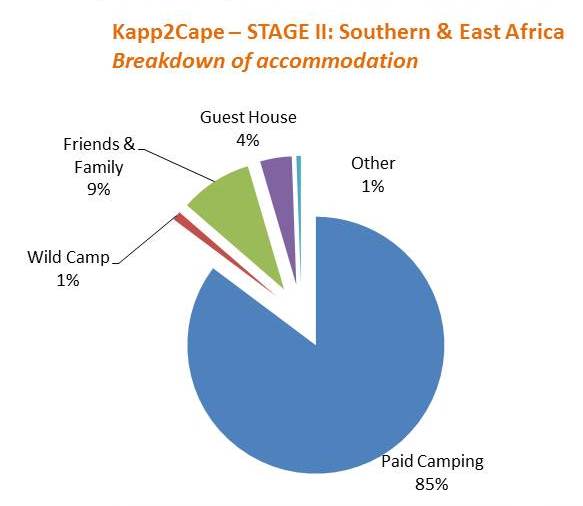 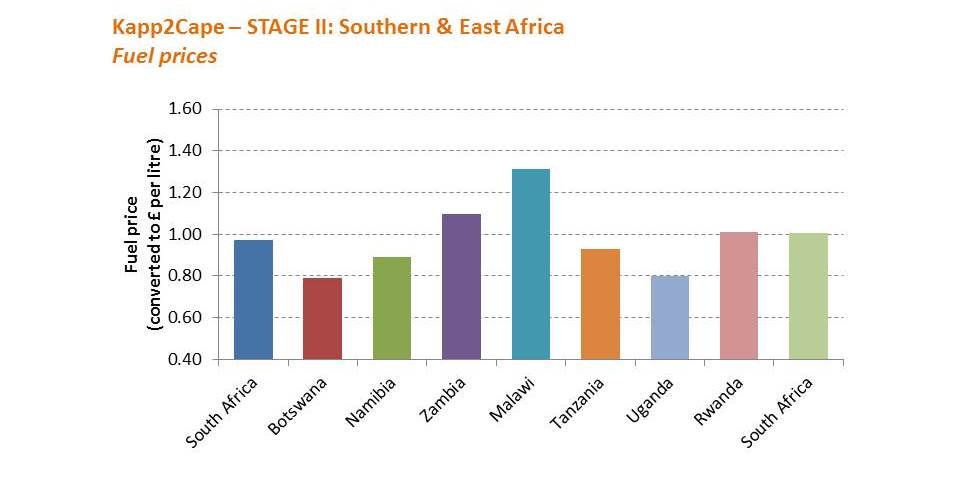 Our daily spending target, was £50 per day, and we managed £52 per day. This excludes costs of receiving the vehicle into Cape Town, South Africa. We also haven’t detailed our costs of waiting in South Africa for the vehicle, as we stayed with friends and family, which meant our costs were untypically low. We treated ourselves to gorilla tracking in Uganda, the costs of which haven’t been included

For more information on each of the countries, We have created detailed Fact Sheets for each country we travelled through – please head over to the Downloads page and download them for using while you are travelling.

For your ease of use, this post can be downloaded here: Kapp2Cape 2013 – Final budget