It was a late decision to go into Katavi National Park. We had spent some time in the parks in Zambia and were uncertain what Katavi could offer. The US$100 entry fee for 24hours was also a factor in our late decision. But ultimately, as we were driving from Kipili towards Mpanda, we decided that it would be good to go in. We also knew there were two campsites at the gate, and were prepared to deal with whatever they had to offer. 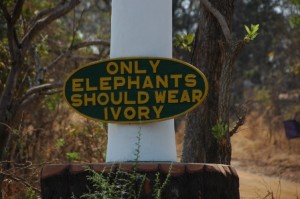 The national road from Sumbawanga to Mpanda is horrible. It is full of roadworks, is only dust, and is badly corrugated. As it is the main route on the west side of Tanzania it also sees a large number of big trucks and busses. The road goes through the park, and if you are fortunate there is game to be seen on the way through. Apparently, though, the rangers are not so happy if you stop to watch without having bought a permit. 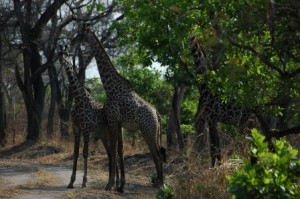 We arrived at the permit office just before 3pm. After a bit of banter we had our permit, with a complimentary map of the park. Not a terribly detailed map, but enough to give an indication of where to go. Coupled with Tracks4Africa it served us well. Our afternoon route took us parallel to the national road on the west side, down towards Lake Katavi. It was a good call, as we had some lovely sightings of waterbuck, giraffe, and a lone buffalo on the way towards the lake. At the lake we also saw hippo, zebra and impala, and a herd of 25 elephant eating grass in the middle of the marsh. We also saw a number of special birds, including both pelicans and the palm-nut vulture. True to form, we drove until we had to turn around, just exiting the park as the clock turned seven and darkness descended. Not sure how strict they are, but better to be out before it turns dark. 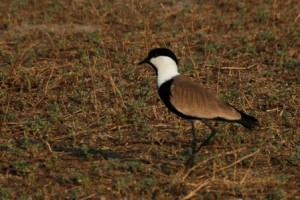 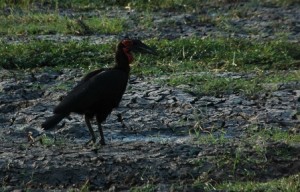 The next morning we had an early start, setting off from our campsite at 7am. 17km and 45min later we finally entered the park on the east side of the gate. This side is where the lodges and camps are inside the park, and the roads are very good. We again saw the usual suspects, but unfortunately the cats were having a lie-in somewhere in the shade. The highlight of the day was a spot on the river bank with 50-60 Black-Crowned Night-Herons, an Osprey, two water thicknees, a smattering of other herons, and a pair of storks. All this in front of a gallery of crocodiles sunning themselves on the river bank. Magic. 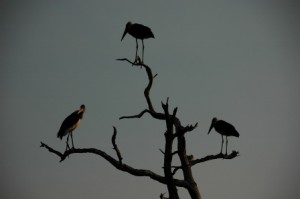 We spent as much time as we could before heading out and towards Mpanda for the night, and to us it was worth the entry fee (even though we didn’t see any cats). We had some very nice sightings of game, and added about 50 birds to our Tanzania list.