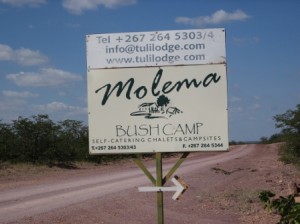 Leaving the main road – a gravel one – we turned off and followed the signs for Momela Bush Camp.  Soon, we arrived at a small hut, and were greeted by Alex and Chris, the 2 chaps looking after the camp.  After completing formalities, including indemnity forms and payment, Chris took us to our campsite.

This was nothing like the demarcated campsites of Europe or South Africa.  We had our own little ‘driveway’ down to the campsite – one of only 4 on the game farm – which was a little overgrown to start with, but soon opened up to the space that would be our home for the next 2 nights.

The amount of space allocated to us was larger than the entire camping area we shared with other campers in Djidjack in Senegal!  We could easily have fitted another 2 vehicles without feeling crowded.  Shade was provided by an enormous Jackalberry tree as well as other smaller trees.  We had our own shower – open to the skies – and flushing toilet.  A washing up sink was available.  There was also a designated place to make a bonfire, and a purpose built braai area.

Next morning, we headed off early to take a visit to Solomon’s Wall – a natural basalt dyke looming more than 15m tall.  There wasn’t a lot to see along the way: an occasional herd of impala and a large ostrich farm.  I suspect that most of the game must be resident in the Mashatu Game Reserve area of Tuli Block, rather than the more western ends.

We reached Solomon’s Wall, and saw more evidence of the floods from earlier in the year.  The road which crosses through a gap in the Wall was no more – having been replaced by a river!  While we were admiring the scenery, a Fish Eagle flew down, and skimmed the river picking up a fish, before landing in a tree to devour its prey.  It would have been even more memorable if the actual catching event had not taken place behind a small river dune.

On our return to the camp site, we explored some of the designated 4×4 routes.  They weren’t particularly long, nor particularly technical, but it gave us a chance to explore a bit more of the farm around Momela Bush Camp, spot a few animals, and give our Botswana bird list a good start. 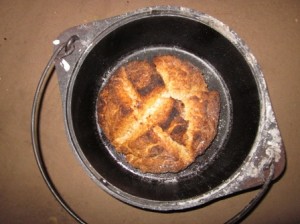 That night, we made our first attempt at home baked bread on the fire.  We have acquired a cast iron flat bottomed potjie pot, which doubles as an oven when used creatively.  Soda bread was the bread of choice – and successfully executed it was.

All in all, a gentle introduction to Botswana and some of what it has to offer.

This entry was posted in Botswana and tagged Molema Bush Camp, Tuli Block. Bookmark the permalink.