Off to the Northern Cape

Despite my arguments, Viking Explorer wasn’t accepting that Northern Cape was a substitute for not visiting Nordkapp at the start of the adventure … 😉

This is a special part of South Africa: more remote, more rugged, more arid, very beautiful.  For me, it was a must-see, and I wanted to take Viking Explorer into Kgalagadi Transfrontier Park.  I visited 15 years ago when it was a little known park, deep in the Kalahari.  Now, it is very popular, and I wanted to share the uniqueness of this arid park with him. 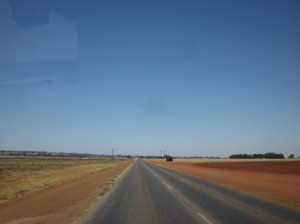 And we quickly realised how big South Africa is!  After Uganda and Rwanda, where everywhere is only a few hours away, the distances in South Africa were astounding.  The distance we travelled to cross Tanzania was the same as it took us from Johannesburg to the Park!  Well, almost.  But it was 2 long days in the car.  And someone with a wry sense of humour enjoyed building the roads in long straight lines … numbing the mind. 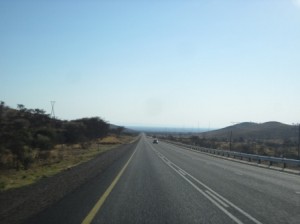 We stopped overnight at Kuruman.  This is the halfway point, and an introduction to the heat and dryness of the area.  We wanted to visit Moffat’s Mission Station as well – now a museum – but the roadworks in the area made it a little difficult to find the entrance.  Moffat’s daughter, Mary, was married to David Livingstone, and we wanted to link our visit here to our visit in Ujiji, Tanzania.  Sadly, not to be this time. 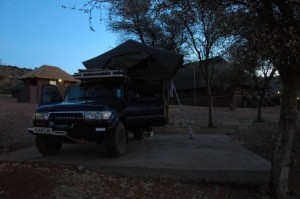 The Red Sands Lodge was a perfect base for the night.  They had plenty of cold drinks – perfect for weary, hot travellers – and a TV to watch the last of the rugby (what used to be called Trinations).  Viking Explorer had to supress his true loyalties (All Blacks!!) to avoid a lynching from the South African supporters, so kept his mouth very quiet as the South African lost.  We set up camp under one of the trees – and listened as the weavers and other birds twittered, watched as they built nests, and savoured the feeling of being in the dry, arid Kalahari environment.  Red Sands is a small game farm, and so we were treated to (exotic) fallow deer wandering through the campsite at night … 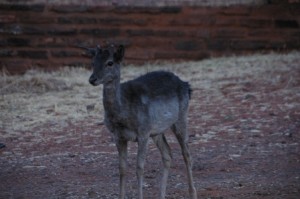 Next morning, we continued to Upington to pick up the last few supplies and fuel before entering the park.  This is Big Sky country:  the landscape is flat, stretching from horizon to horizon, and the sky seems endless!  It feels so big.  And it is dry.  The grass is dry, the bushes and trees no longer lush green, the landscape has a brown and red colour to it.  Rather spectacular. 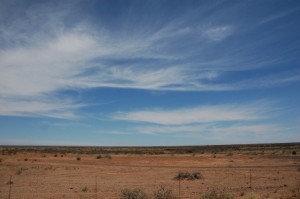 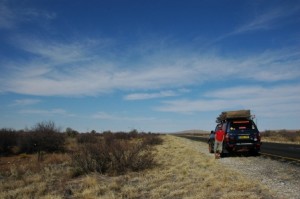 It was almost eerie as we drove through the towns and villages along the way – Sunday is very much a day of rest: shops were closed, streets were quiet.  Only the parking lots of churches were busy as people dressed in their Sunday best and went to worship.

We were worried that we were find the same in Upington – but fortunately Pick n Pay does a roaring trade from tourists into and out of the Park, so they were open.  The only other place open – aside from the fuel stations – was a little coffee shop!  We had a break and a drink before starting the last 250km to the Park gate at Twee Rivieren. 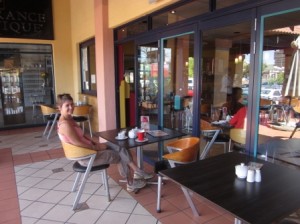 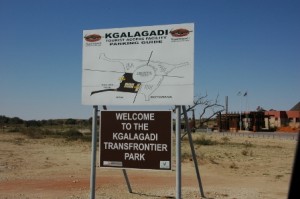 1 Response to Off to the Northern Cape