What is it with Malawian Forest Reserves?

We have visited two, and there are a number of questions that immediately spring to mind… 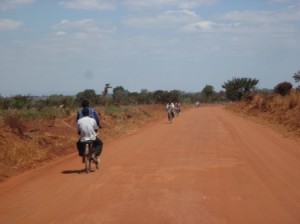 First, why is there so little information available about the reserves? Depending on the version and make of guide book you look at you may find the reserves listed – which is a prerequisite for physically being able to get there. But even if you pick up a map of Malawi from the Malawian Tourist Information the reserves are not marked. From this it could be easy to draw the conclusion that the reserves are not prioritised the same way the National Parks are (this again is a completely separate discussion…). One way to try to find out is to get there. 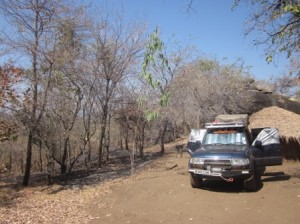 Knowing where to go – based on a guide book and verbal instructions – we set out to find two of the reserves. The first one had a small crooked sign on the side of the road that was not visible when driving past. And this was the only sign until we reached the entry gate. On the way in we took a wrong turn once, and at the three subsequent intersections the locals were eagerly pointing us in the right direction. At the second reserve it was the same issue. No signs for eeither the reserve or the lodge until we were almost there. At times it was only the GPS that were able to tell us if we were headed in the right direction or not. Is this deliberate, or is it “just” a matter of lack of funding? 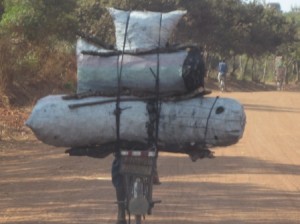 Second, do they want visitors? The first reserve we went to has got no real tourist facilities. There is camping available, but the site is not really intended for camping. There are no game drives, although you can drive around on some of the roads that have been cleared – and you need a 4×4. There is no walking, as the scouts at the reserve are there for anti-poaching and anti-logging purposes – not to guide tourists. The second reserve we went to was about the same. There is a “lodge” where it is possible to camp, although there is no designated campsite. The facilities are less than brilliant, which combined with the price makes it one of the most expensive places to camp in Malawi. 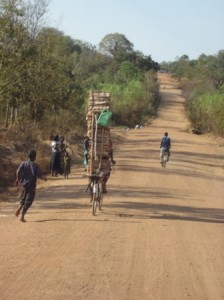 Third, a reserve should be protected, should it not? It seemed to us that both reserves had real issues with illegal logging and production of charcoal. The information we received at the first reserve was somewhat positive – they had managed to close down two illegal sites for coal production. Sadly, this seemed to be counteracted by the illegal logging getting closer and closer to the reserve main camp. This illegal logging is of such a scale that the reserve scouts are unable to deal with it, and it looks as if neither the Department of Forestry nor the Department of National Parks are willing to putting effort into stopping it. At the second reserve it was busier than some of the villages we have driven through… – at times the number of push bikes mirrored what we saw in smaller towns. And the bikes we saw on the road leading away from the reserve were all carrying either charcoal or wood. I cannot with certainty say that the wood all came from the reserve, but the tracks and the direction indicated that this was highly likely. What I can say with certainty, though, is that there is an imbalance between the purpose of the reserve, and what is experienced when there. 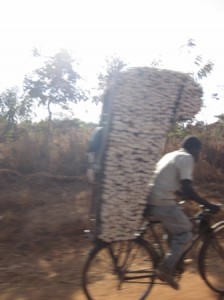 Does it sound like I’m being negative? I’m not. But I’m saddened by what I saw and experienced. To read that Malawi is the 5th most deforested country in the world, and then to see that the forest reserves experience illegal logging and coal production on the scale they do says to me that not enough resources are being put in to protect these reserves. The way things are heading, I can certainly see a future where no guidebook or map will show these two areas as Forest Reserves.