For the love of AFRICA – an overland adventure

We are very excited about the publication of an ebook of the story of our adventure in January 2015. It is available for purchase and download in 3 formats from our online shop. It has been a lot of hard work, and we hope you  enjoy immersing yourself in the adventure. 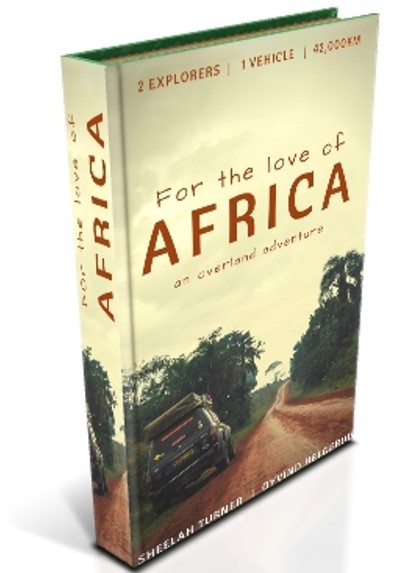 From RH Baldwin: “A great read. Made my feet itch to go travelling”

From Rochelle: “This book had me captivated from beginning to end. It has inspired to plan our own african adventure.”

We have published a number of articles from various stages of the trip. Please click on the image to download a copy of the article.

For many, it will only ever be a dream. But take inspiration from the storyof these two enthusiastic travellers, and turn your dreams into a reality.We follow the story that starts in a cold wet England, heads for NorthernEurope, then turns due south with the final destination set for Africa…

Due South, Part 2
Second part of our story of two adventurers who turned a dreaminto a reality – overlanding from northern Europe to the bottom of the African continent. Plans had to be changed, but the dream lives on…

Shiny, happy people
When the owner took down his fence so that we could drive into his backyard to camp, we realized what an usual and special place Podor was.

(unfortunately, only I only have the draft)

Remote beauty on the lake
Oyvind Helgerud and Sheelah Turner have travelled through 21 countries since they started their adventure from Norway in October 2012. In this two-part series, they write about a visit to western Tanzania in the Toyota LandCruiser.

Mysterious places far away
In the second and final part of their series on the little explored western districts of Tanzania, Sheelah Turner and Oyvind Helgerud visit some intriguing places, including the village of Ujiji where Stanley met Livingstone.