Our time in Johannesburg – known as Jo’burg or nowadays even Jozi – has been an interesting mix of relaxing and active. Most importantly for us, though, was to rest and recover and catch-up on our sleep.

It is interesting to be in Jozi after travelling through Africa. It is such an interesting mix of African and western cultures, with an incredible buzz of “aliveness” everywhere. The smiles we have been treated to as we explored southern and eastern Africa, have continued. I love the fact that even the tellers in the supermarkets return a greeting of “Good morning, how are you” with a flash of pearly whites and “fine thanks”. It makes for enjoyable interactions.

The driving is insane. Even after our experiences driving in Dakar, Senegal and Kampala, Uganda! Here, people drive fast. And I mean FAST. The roads are generally in good condition with few potholes, and people just wizz down as they rush from place to place. We have avoided the rush hour traffic times – just not brave enough.
I have been surprised by how many shopping centres are springing up everywhere – as modern and upmarket as the best of the UK! In fact, I prefer this variety: the gorgeous weather means many have more open designs, and cafes and coffee shops are frequently situated under shady trees or parasols.

Not without activity our first days in Jozi. We visited our dear friends the Dorset Crew who are about to become the George Crew as they relocate the coast of sunny South Africa. Viking Explorer enjoyed a day out with the male members of the George Crew at the Johannesburg International Motor Show just outside Jozi. 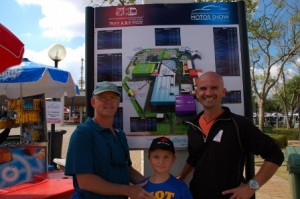 I am not sure who enjoyed it the most – but I don’t think it was the 8 year old 😉 The highlight for the Viking definitely seemed to be the test drive in the new FJ Cruiser. All I kept hearing about was the 43 degree ramp that they went over, and how the Audi stand only had a mere miniature version 😉 “Pretending to play with the big boys” I think was the expression. 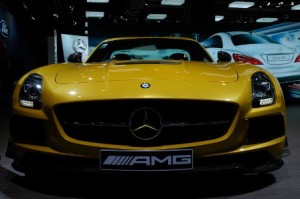 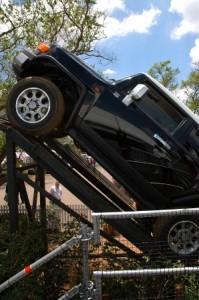 Our exploration of markets continued – but this certainly was a far cry from those we explored in Lilongwe or Uganda. The Bryanston Organic Market has long been a tradition and has grown to a rather spectacular market with all sorts of crafts and items on sale in addition to the organic produce. 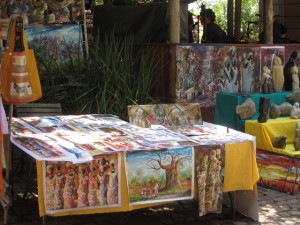 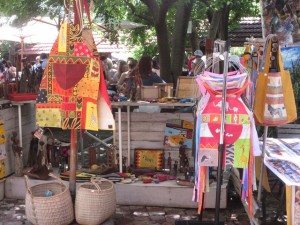 We even saw a typical Moroccan tagine – something Viking Explorer had been wanting to invest in. There were paintings, brightly coloured clothing, beadwork – a complete feast for the senses. We met up with our dear friends Weavers Nest for a few hours of exploration. The kids were amply provided for with candle making, sand art and other activities available. A fabulous morning spent. 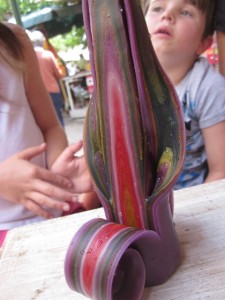 We have also been working at uploading content to the blog for other travellers. This week Viking Explorer worked hard at adding information on obtaining visas (see “Obtaining Visas” page) as well as creating GPS waypoint files for download (see “Downloads” page). It is so important to us that we share our knowledge while it is fresh and relevant.

And so we slowly emerged from the exhaustion.