The rollercoaster continues! This week, we received good news about Viking Explorer’s end date, and have adjusted our departure date from 2nd September to 7th October. After weeks feeling a little like we were in limbo, it is a great relief to once again have a departure date set. We sincerely hope that this won’t change again.

As a result of our delay, we are able to attend the Adventure Overland Show. Not only that, but Brodie will be on display and we’ll both be on hand to answer questions about our preparation. We will also be giving talks in the Seminar marquee about the trials and tribulations of our preparations. Lastly, we’ll be given a send off before we head to the ferry port at Harwich to catch our ferry to Esbjerg, Denmark. So very exciting. Big thanks to Tom Mc. Do head over to the show website to see more.

Onto the more mundane …

A relatively successful week was had with the furniture sales: A bookshelf, double wardrobe and futon all found new homes; the bed not yet. There was a momentary feeling of space in the spare room … Before the boxes were gathered from the rest of the house. Good.

Our planned 2nd car boot sale was, unfortunately, a victim of the great British Summer. We postponed it to a later date in August the forecast promised yet more rain.

Regarding tax and MOT on the vehicle while we are travelling, we received good news from DVLA: they are happy with the letter that RAC has provided us. We can let them know to put a permanent export marker against the vehicle in the database after we have taxed the vehicle and are on foreign shores.

I also spoke to Peter, a very friendly helpful man who has travelled overland extensively. Their solution to the tax and MOT issue was to SORN the vehicle, and then reverse the process when back in the UK. Either solution requires booking an MOT for the moment one is back on UK shores.

Our cast iron “Dutch Oven” arrived this week. Unfortunately, it somehow was damaged in shipment, and arrived with a large piece missing. While a replacement has been offered, I am unconvinced that this product is up to the rigours of Africa. I’ll have to resort to the proper South African potjie pot … A false economy not to, me thinks. 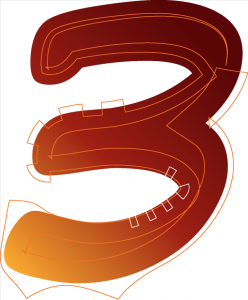 In addition, the jacket for the fridge arrived; the final items for the medical and first aid kit joined the kit.

I have also been in contact with a few storage companies about storing our precious possessions. So far, it looks to be more reasonably priced than self storage.

This entry was posted in Preparations. Bookmark the permalink.

3 Responses to Restart the countdown