Souvenirs and memories from Dedza

Until picking up our bawo board in Monkey Bay, we had struggled to find special souvenirs from Malawi.  Within a short time, that was all about to change!

On the way to Dedza we passed a curio stall that had some of the most unique carvings we have seen while in Malawi.  Most curio stalls have versions of the same offering: various carved animals, Noah’s Ark with at least 10 pairs of animals, key chains customised with your name (while you wait), salad bowls, serving spoons – pretty much standard offering in southern Africa.  This one was different – with almost lifesize carvings of people and beautiful, large masks carved from ebony (which weighed a ton!).  Despite falling in love with a pair of masks, realistically there was no way to transport them and little sensible way of ever hanging them on a wall.  We settled on a village scene wall carving instead. 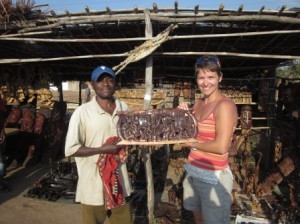 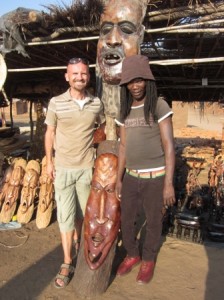 In Dedza, we were due to pick up our mugs which we painted in Nkhotakota 2 weeks previously.  Sadly, they hadn’t yet arrived, but we were assured they would arrive the following evening.  This gave us the perfect excuse to go for a hike and get some exercise!

Next morning, bright and early, we received a hand drawn sketch of where we could walk.  It was very pretty!  The mountainside had lots of paths and tracks used by local villagers – no way we could really get that lost.  What we did see, though, was lots of people carrying firewood from the forests down to the villages.  We aren’t talking one or two people, but 20 or 30.  It is no wonder that Malawi has the fifth highest rate of deforestation in the world.  What was impressive, was the weight that these ladies (usually) carry on their heads.  We tried to pick one up that was lying on the ground – easily 30kg.  Mind boggling to think they carry this, barefoot, down the paths from the forest to the village. 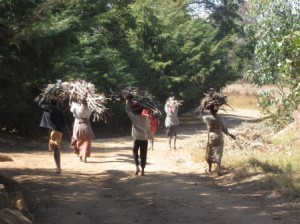 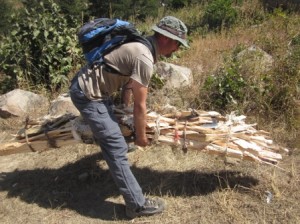 Nearing lunchtime, we decided to take a detour into the town of Dedza before heading back to our campsite at Dedza Pottery.  Only, it was rather longer than we thought … and eventually African GirlChild’s legs said enough was enough.  We stopped on the side of the road and indulged in local chips and salad with a coke – for the princely sum of less than £2! 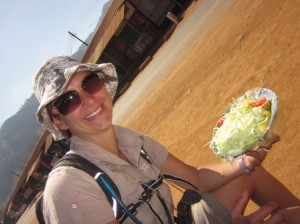 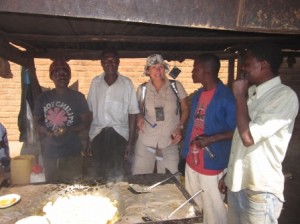 Feeling well fed, and lazy, we opted for a bicycle taxi back … what fun!  These guys are seriously fit and strong – and took off at speed, with me clutching on for dear life on the back!  UK Health & Safety would have had a fit – no helmets, no seatbelts – just hang on! 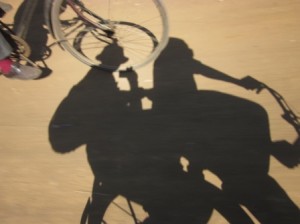 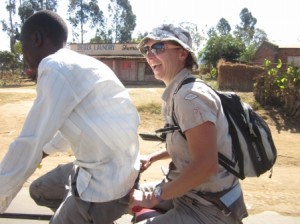 Next morning, our mugs had been unpacked from the delivery, and were ready for us.  They look great – another fabulous souvenir to remind us of a great time spent in Malawi.

1 Response to Souvenirs and memories from Dedza