We had planned to continue onto a 4 days offroad trail along the Orange River, but when the reports we read talked about corrugations on the roads (just had 4 days of that in Kgalagadi) and talcum powder dust (had too many days of that in Tanzania), neither of us felt like subjecting ourselves to that.  We wanted to explore the west coast too – but the weather forecast was the same as in the UK: 14C, rain and winds.  We had no desire to subject ourselves to camping in the wet, nor sleeping on top of the vehicle in a gale!!!

So, we decided that it was time to rest our bodies, rest our minds and take time to recover.  The most convenient place for that is … well … Johannesburg. 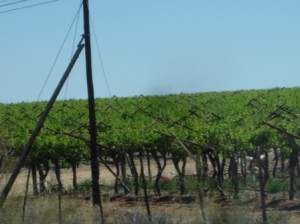 So we packed up, and started the journey back.  On our way, we stopped in at Orange River Cellars to buy some local wine.  We had noticed rather a lot of vineyards on our way into Kgalagadi National Park, and also towards Augrabies.  It was rather surprising to us, because the climate in the area is a lot drier and a lot hotter than the traditional wine producing region of Stellenbosch.  Anyway, we decided we definitely needed to visit at least one of the wine estates.  We thought wine tasting at 0900 was possibly a little too early, aside from that fact we were driving the rest of the day, so we settled for a few bottles to be enjoyed later. 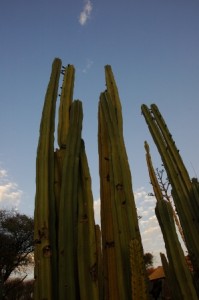 Back onto the road, we stopped past Upington to top up airtime, and then continued on the road eastwards.  It was still hot, although not quite as brutal as the 43C in Kgalagadi, and by 3pm we had had enough of being in the car.  Once again, we spent the night in Kuruman at Red Sands lodge.  Again, we met very friendly fellow campers, and one chap came and chatted to Viking Explorer for ages about the vehicle, the travels … we love sharing our story! 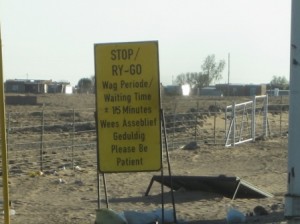 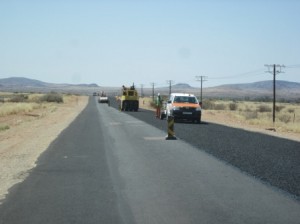 Next morning, we were up early and back on the road.  This stretch is having major road upgrades, and we negotiated our way through the roadworks towards Johannesburg.  By mid-morning the sun had been heating our faces for a few hours, so we stopped at Sannieshof at a magic little coffee shop!  The break in the shade was very welcome, and we enjoyed an ice cold milkshake.  Perfect!

After a few more hours on the road, we had joined the motorway network and drawing in on our resthouse …

Now, time to rest and recover.