At the start of our week long visit, when driving north from Windhoek to Etosha, we saw the signboards for Cheetah Conservation Fund (CCF). I had been in contact with them years before when living in the UK, but hadn’t realised where they were located in Namibia. Now I knew. We made a mental note to visit on our way back to Windhoek. 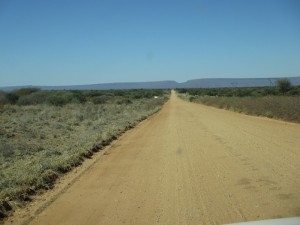 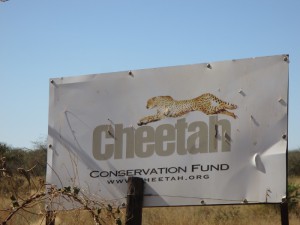 The turn-off to CCF is just north of Otjiwarango, 44km into the farming area on a gravel road. Exiting Etosha and making our way there took much longer than expected, and so we were only just in time for the cheetah feeding at 2pm. We also happened to arrive at the same time as a bus load of American school children arrived. Although we were a lot of people at the feeding, the staff were accustomed to handling large groups, and everyone had a chance to watch the feeding while listening to the stories of the resident cheetah, and learning about cheetah in general. 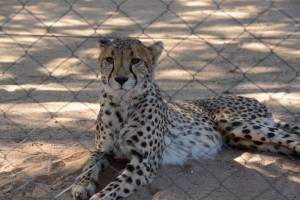 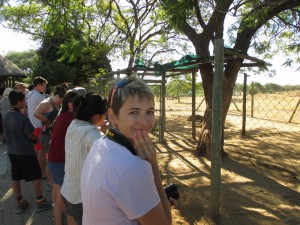 Unfortunately, the cheetah that we saw are those who cannot be released back into the wild. The stories of how they arrived are heart rending: one cheetah’s mother was shot by a farmer when the cub was only a few months old because the farmer fancied a pet. 10 days later, he realised that raising a wild cheetah cub was quite an undertaking and so changed his mind. One life wasted, but fortunately the cub found its way to CCF. These resident cheetah play such an important role at CCF. Not only are they part of the ongoing research into the biology, physiology and behaviour, but they also form an important role in eduction of visitors to the sanctuary. 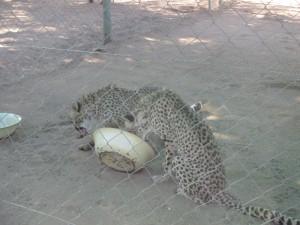 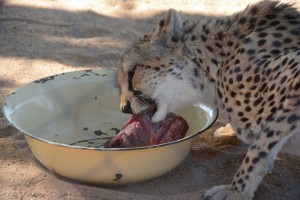 Next stop, we wandered through the education centre and museum. It was far larger than any similar education centre I have seen, and packed full of information for young children through to adults. All topics related to cheetah were covered, from ecology to biology, from habitat to human interaction. There were numerous visual displays, lots of activities and even a cheetah skeleton in a glass box! 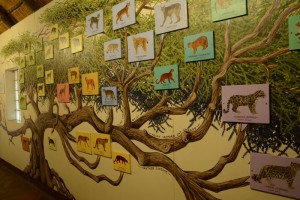 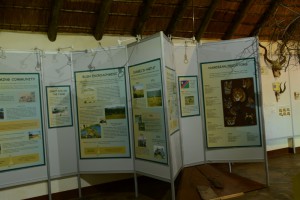 The other important work that CCF undertakes is that of educating farmers and helping farmers work in conjunction with cheetah rather than treat them as pests. CCF has a Livestock Guarding Dog Program where Anatolian dogs are bred. These dogs form a strong bond with their herd (sheep and goats typically) and guard them from predators, cheetah included. The farmers in the greater area have seen dramatic decreases in livestock loss from having their guard dogs. We visited some of the resident dogs to learn more. 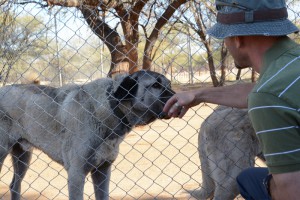 We didn’t have the time to see everything, or take part in the many activities on site. There were Cheetah Game Drives, Cheetah run (early in the morning when it is cooler) and other game drives. Accommodation is available onsite, but we needed to continue southwards towards Windhoek. 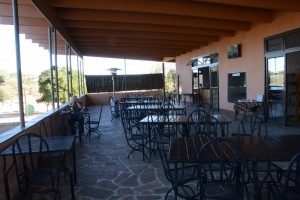 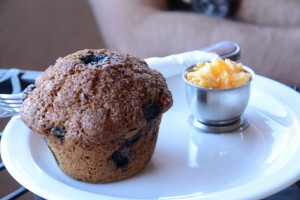 We enjoyed a meal at the onsite cafe, and parted with our dollars in the souvenir shop (all funds going to a worthy cause obviously!) before departing. I would definitely recommend staying overnight and watching the cheetah run in the morning. 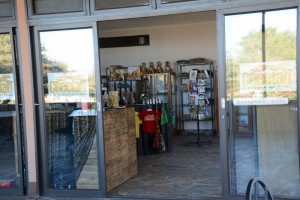 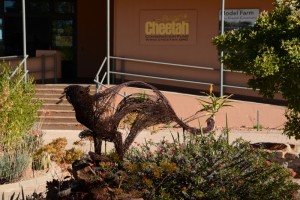